This site commemorates 100 years of Ohio Pulitzer Prize Winners. As the most prestigious award given to journalists, the Pulitzer Prize represents the pinnacle of journalistic achievement. On this site, you’ll learn about investigative reporters, local reporters, cartoonists, editorial writers and even one journalist who lost his life in the pursuit of quality journalism. 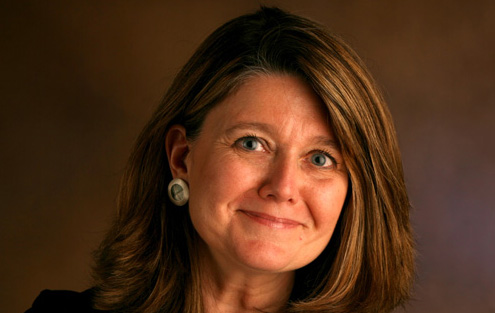 Connie Schultz’s columns display not only her strong writing voice but also her passion for aiding the oppressed. Her Pulitzer-winning columns cover topics from abortion and sexism to a series where she explored the story of a man wrongly accused of rape, causing the real rapist to come forward. 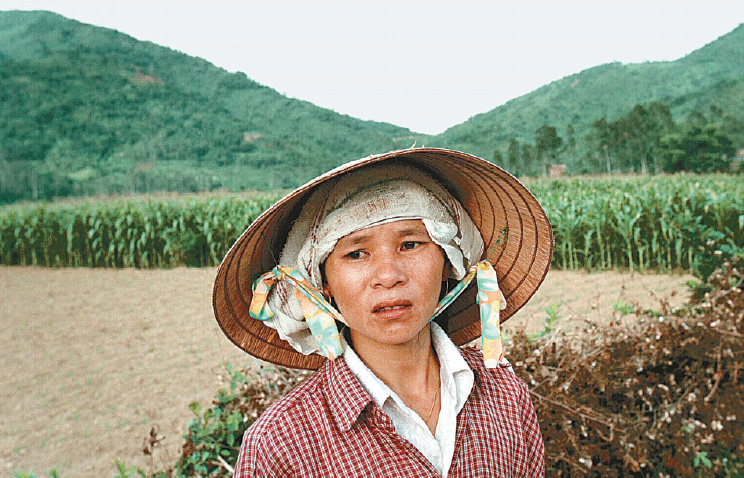 Toledo Blade reporters investigated Tiger Force, an elite U.S. Army unit in the Vietnam War. By studying long-hidden documents from the National Archives, conducting interviews and even traveling to Vietnam, the Blade team uncovered a series of atrocities committed by Tiger Force. 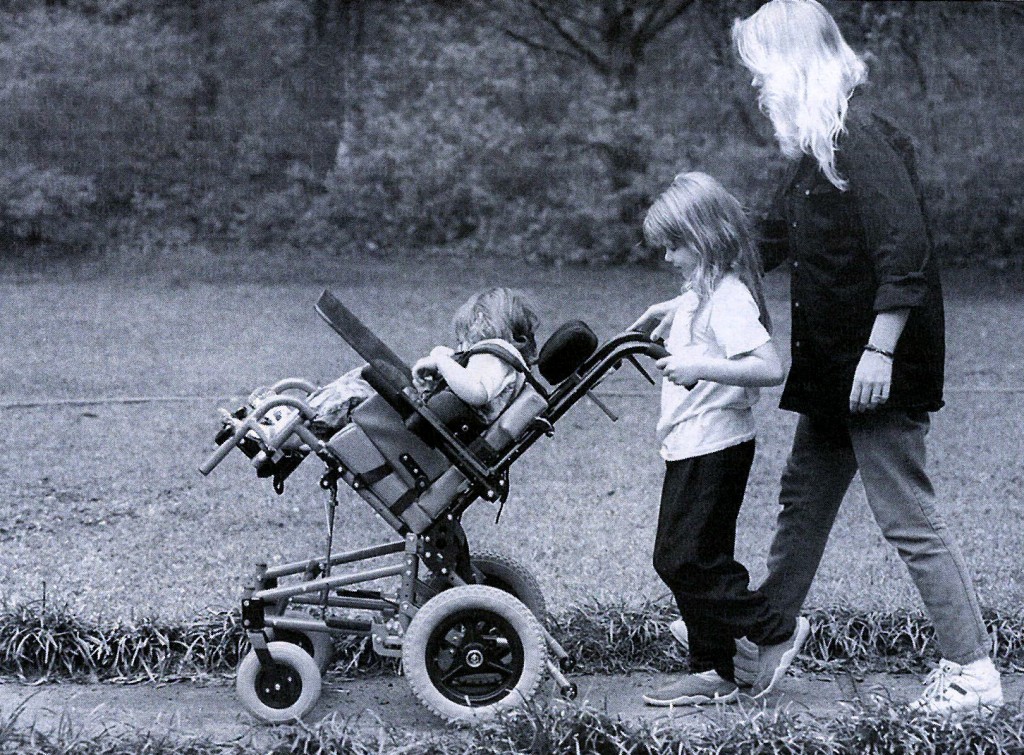 The Dayton Daily News was awarded The Pulitzer Prize for Russell Carollo and Jeff Nesmith’s extensive and detailed reporting on flaws in the military healthcare system. More than 200 people were interviewed and scores of government documents were analyzed to uncover this story. After this series was published, the U.S. Department of Defense began investigating military health facilities. 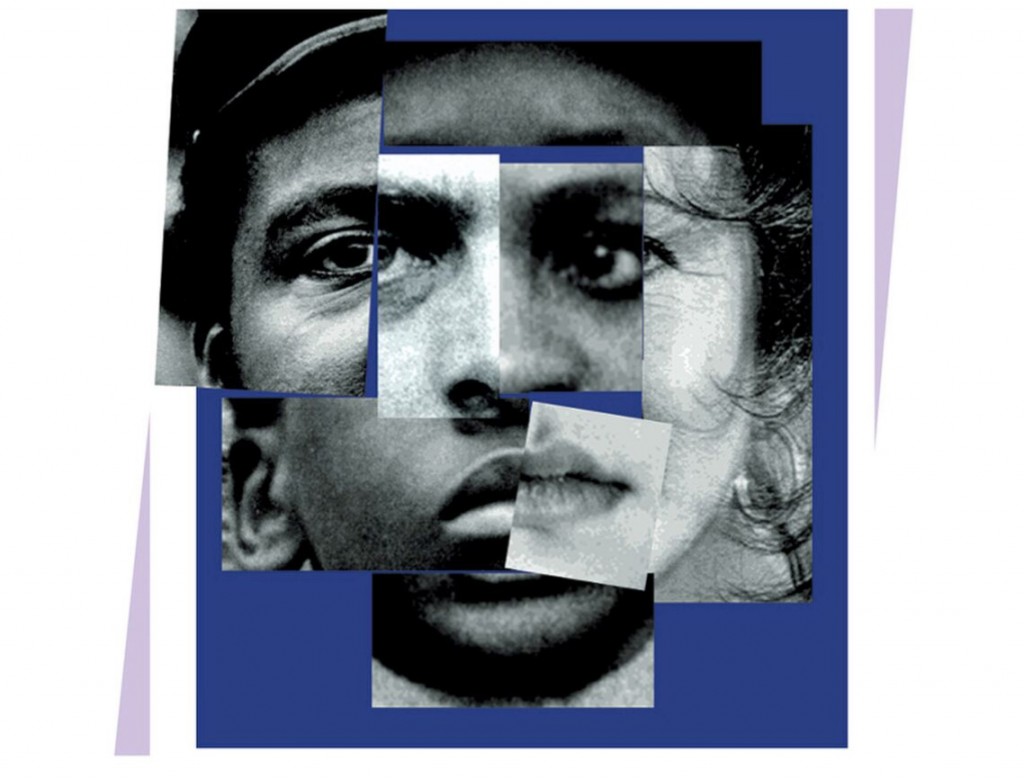 The Akron Beacon Journal started a 30-article series about race in Akron after four police officers were acquitted in a Los Angeles court of the beating death of Rodney King. The 1992 incident, which was captured in an amateur video, sparked outrage nationwide. The Beacon Journal’s series not only offered insight on race relations in America, but helped bring the community together and start a nonprofit called the “Coming Together Project.” 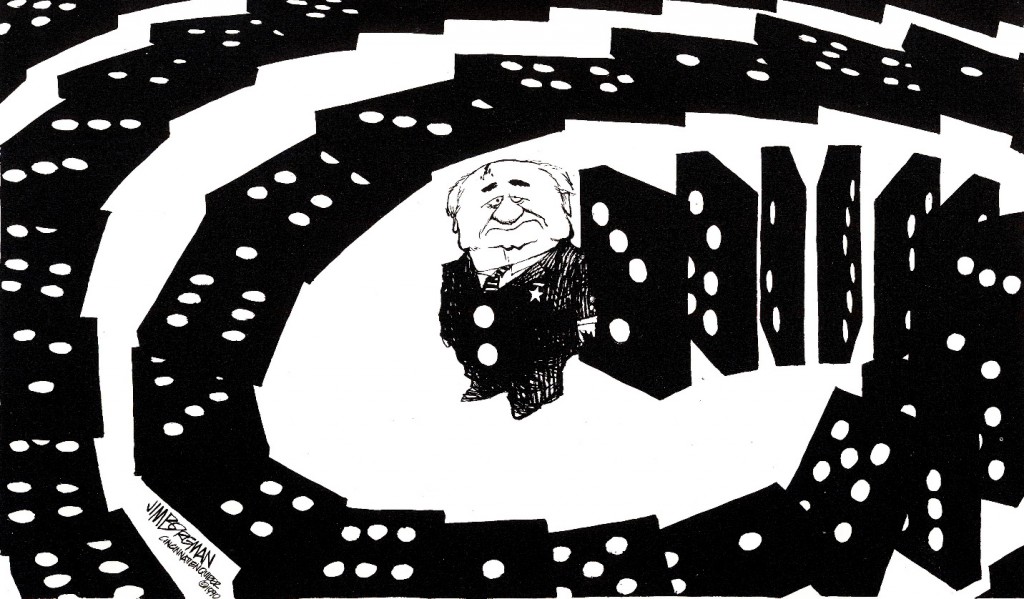 Jim Borgman’s editorial cartoons showed his blend of wit and insight as he put the spotlight on everything from global topics to problems specific to the Cincinnati riverfront. 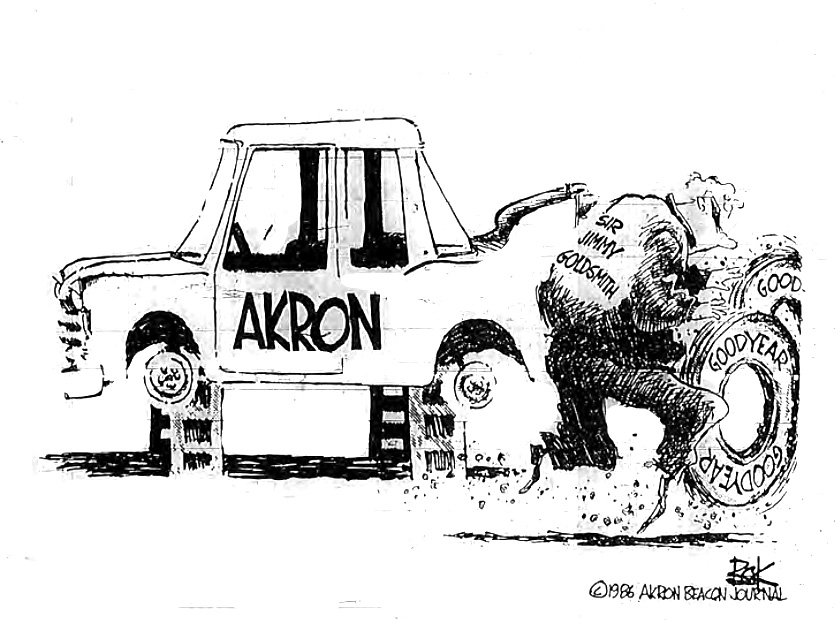 Fear lingered over Akron, Ohio, in 1986 when Goodyear Tire & Rubber Co. was nearly taken over. While the community was not sure if they would be able to rely on Goodyear, the area’s biggest employer, to maintain their economic stability, they were able to rely on The Akron Beacon Journal to cover “The Goodyear War.” 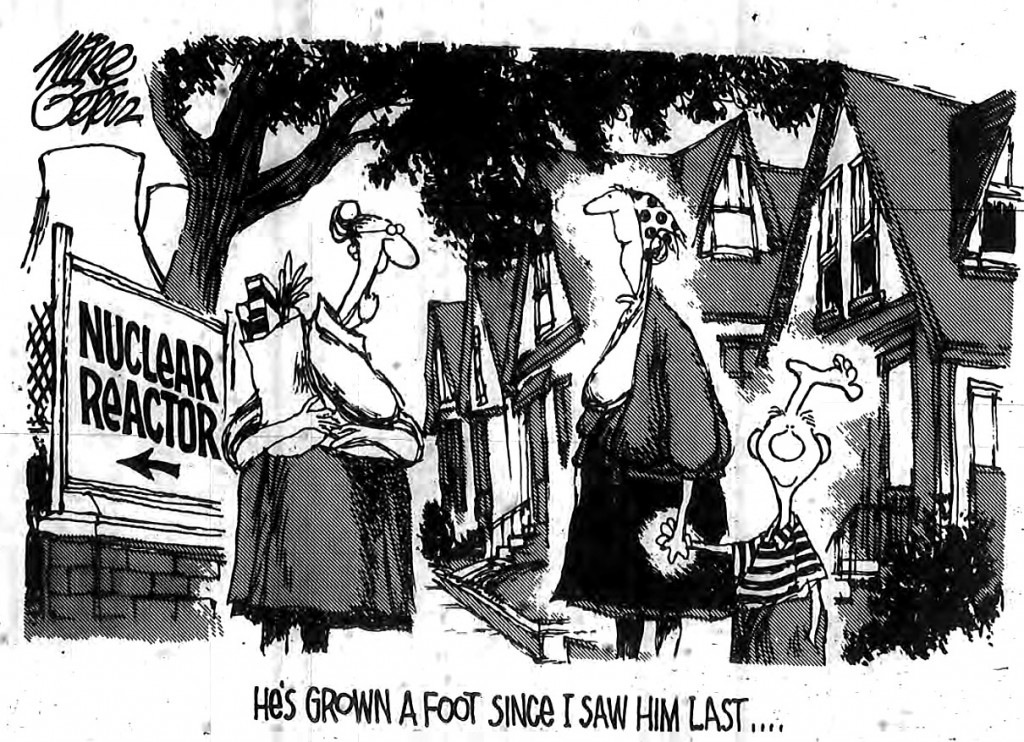 Mike Peters drew editorial cartoons for the Dayton Daily News that featured many important topics in the 1980s, including abortion and the Equal Rights Amendment. His unique humor and mastery of tone made his cartoons both accessible and pointed. 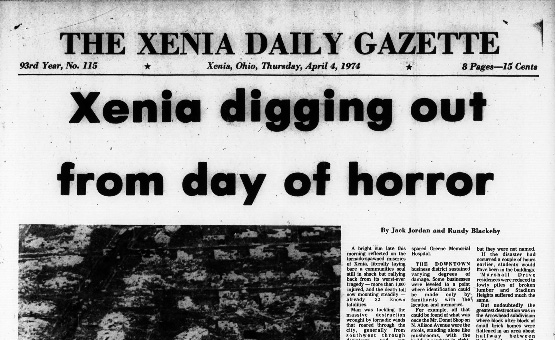 On April 3, 1974, a devastating tornado struck the town of Xenia, Ohio, destroying more than 1400 buildings and ultimately killing 33 people. The Xenia Daily Gazette was hit as well: the roof was blown off its building, and the homes of many staff members were damaged or destroyed. Despite this, the paper provided swift and comprehensive coverage in the days following the disaster. 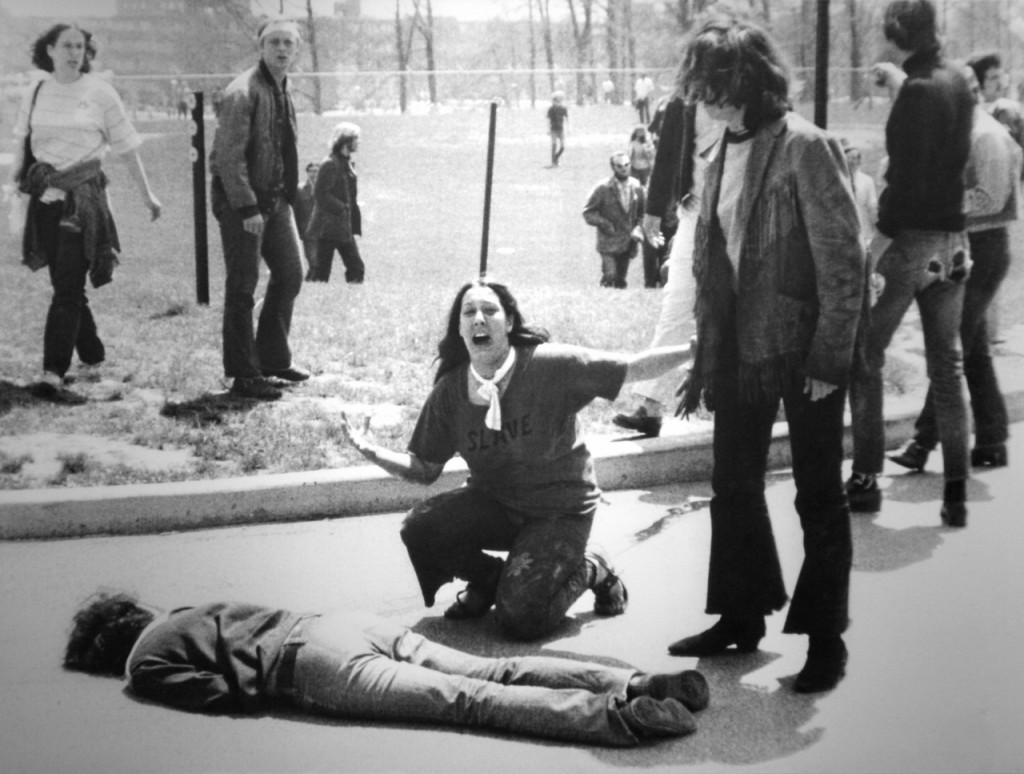 While under fire, John Filo, who was a student at Kent State, took the photo that defined the Kent State shootings in 1970. The photo showed 14-year-old Mary Ann Vecchio kneeling over the body of 20-year-old Jeffrey Miller, who had been shot and killed by the Ohio National Guard. 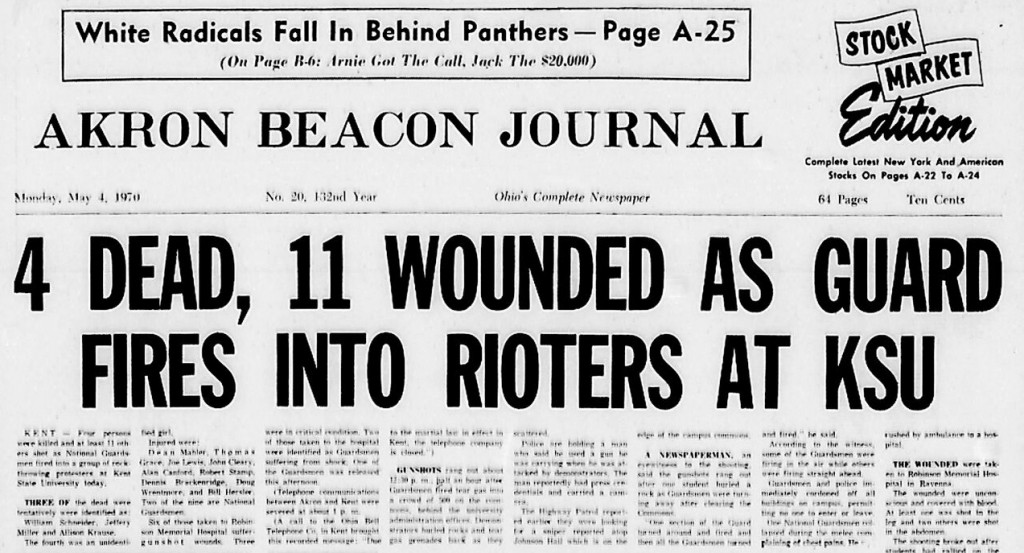 Even as mystery and conflicting accounts shrouded the events of May 4, 1970, the staff of the Akron Beacon Journal worked to provide their readers with accurate information and in-depth reporting for weeks after members of the National Guard fired on protesting students at Kent State University, killing four. 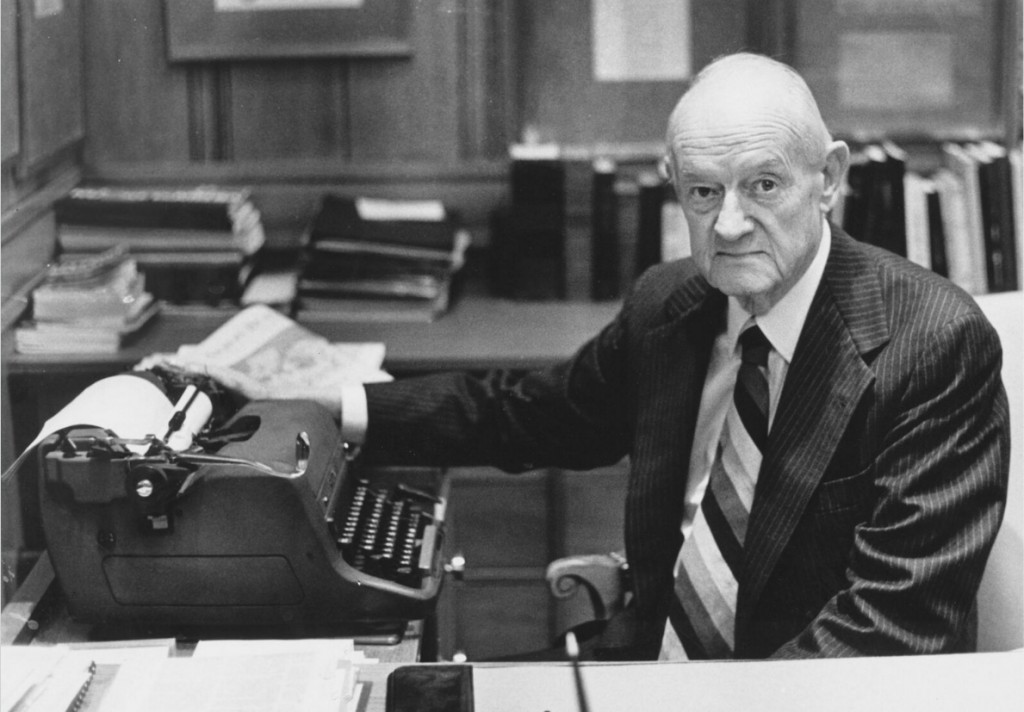 John S. Knight wrote about America’s involvement in Vietnam in his weekly Akron Beacon Journal editorial column for more than 10 years. He identified with youth who protested the war and wrote on behalf of the young men who were being drafted. 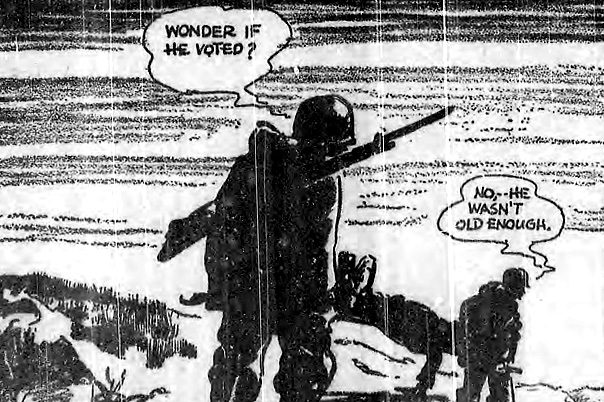 During a time when a man could be conscripted before he could vote, Edward D. Kuekes commented on the Korean War and the questionable American military draft. His Plain Dealer editorial cartoon titled “Aftermath” provided social commentary on the war and American law and earned him a Pulitzer Prize. 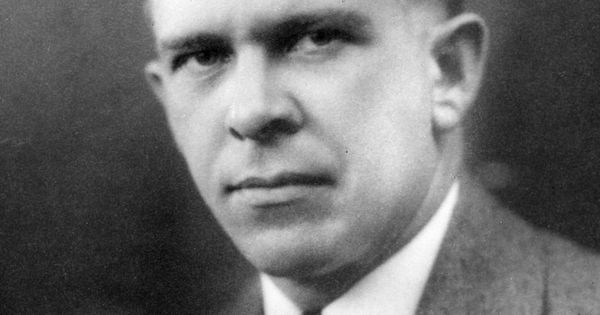 The Canton Daily News was awarded The Pulitzer Prize for editor Don Mellett’s fight against corruption. Mellett’s 11 editorials took a stance against corruption and invoked journalism’s duty to expose it. In 1926, at 34 years old, Mellett was murdered in his garage. Mellett sacrificed his life “to seek truth and report it.”